We are so excited to introduce our 2019 Audubon Discovery Camp staff!

Each one of them brings a unique skill set sure to enhance every campers’ experience. You can read all about these fantastic individuals below:

Cristen comes to PVAS as an NAI certified interpretive guide with seven years of experience in informal science and conservation education. She currently teaches second grade in Berkeley County while working on her Master’s degree in Elementary Education. Cristen has a passion for teaching kids how to make their world a better place.

Taryn is in the process of becoming a Doctor of Philosophy in Environmental Science and Policy from George Mason University, where she is studying Black Vulture predation in Virginia. Taryn has experience working at nature summer camps through nature centers, libraries, and nonprofit organizations.

Jenna received her bachelor’s degree from Queens College with a degree in Anthropology (specialization in Biological Anthropology). She began working in environmental education as an intern for the National Park Service’s Student Conservation Association program. While there she worked as a park ranger and led overnight camp outs.  She has also worked as an educator for the College Park Aviation Museum.

David will be starting his senior year at the University of Virginia where he is pursuing an American Studies major. Last summer, David worked as a camp counselor in Siedlce, Poland where he led children in activities while also immersing them in the English language. He absolutely loves doing arts and crafts with kids.

Dante is a Hedgesville resident working towards a degree in Engineering from Rensselaer Polytechnic Institute in New York. He has experience working with his church’s youth group where he assisted children in volunteer projects. In high school, he participated in his school’s Health, Science, and Technology Academy where he conducted science experiments and studied water runoff near roads affected by nearby farmlands.

Val comes with an extensive background in education. She has worked as a Second Grade resource teacher, Pre-K Special Education teacher, and a Pre-school teacher. She has also worked as a camp counselor in the past, as well as a Tinkergarten leader. As a nature lover, she works with the Potomac Appalachian Trail Club as a Trail Patrol Volunteer and Leave No Trace Trainer.

Josephine is in the process of getting her Master’s degree from West Virginia University in Elementary Education. Through her program, she has spent many hours student teaching at various schools. She has also lead a Spanish day camp in Thomas, West Virginia where she helped immerse children in the Spanish language.

Matt is one of two yearlong PVAS AmeriCorps Volunteers. Having acquired his Bachelor’s Degree in Environmental Biology from SUNY College of Environmental Science, he returned to West Virginia and joined the PVAS team as an Environmental Educator. He enjoys hiking and teaching about insects.

Eric is one of two yearlong PVAS AmeriCorps Volunteers. He earned his Bachelor’s Degree in Environmental Science from Towson University and then spent the next two years teaching English as a second language in Spain and Vietnam. He joined the PVAS team as an Environmental Educator, and also works part-time as a whitewater raft guide on the Shenandoah River. 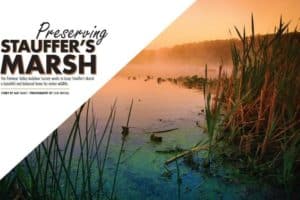 Jefferson Magazine – a local publication featuring stories from the[...] 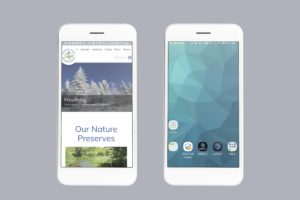 PVAS has a new app! Our new progressive web application[...] 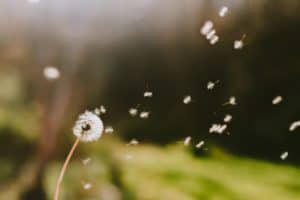 The results of our Youth Photography and Poetry Contest are[...]