Wil Hershberger – the mind behind songsofinsects.com – leads a Singing Insect Walk for PVAS each year. This year’s walk was held on July 31st at Cool Spring Preserve. Because attendance was more limited than usual due to COVID-19, and because Wil has such a way with words, we’d like to share his post-walk write-up:

“We walked the northern portion of Linda’s Loop along Bull Skin Run. The cicadas were deafening for the first 40 minutes of our walk. Scissor-grinder, Lyric, and Robinson’s Cicadas were singing from all around us. As the light faded and the cicadas became quiet, we could finally hear the more subtle singers that had been unknowingly serenading us. The most obvious were Davis’s Tree Crickets creating a wall of sound from the trees above us. Nebraska and Slightly Musical Coneheads were loudly buzzing from the trail sides and the marsh. Slow Tinkling Trigs, first documented in 2018, were singing at several stops along the trail. A cooperative Carolina Ground Cricket trilled for the group as we listened to his song quaver as if he were stumbling and then getting back up.

As the light faded further, we were joined by numerous Oblong-winged Katydids, sounding like frogs, ratcheting from the understory. It was surprising to see that a number of species were still mostly immature. Short-winged Meadow Katydids, Lesser Angle-wing Katydids, and a trig species were all seen as penultimate instars, sure to mature within a week.

The veiled moon peeking through the clouds was a real treat as we stood in the meadow listening to the magical sounds of crickets and katydids. Nine-thirty came all too soon.” 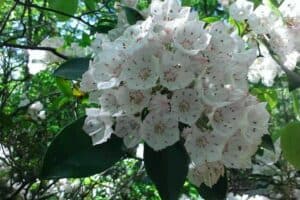 Join KC for a fun-filled workday at beautiful Eidolon Nature[...] 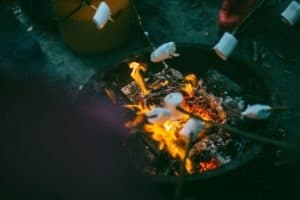 Join the PVAS teaching staff for a winter solstice celebration[...] 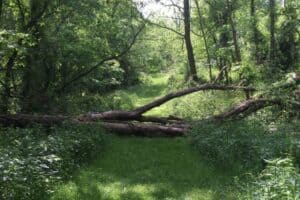 Join us for the May Cool Spring workday!  PVAS is[...]