General Description. Sleepy Creek WMA is a 22,928 acre tract of state owned land that is largely unbroken oak-Virginia pine woods with scattered hickories dotted with clearcuts in various stages of regeneration and grassy food plots.  Many other species, including black gum, tulip poplar, and white ash, are present in lower numbers.  The underlying sandstone provides acidic soils which favor mountain laurel, serviceberry, and azalea among the shrub and understory layers.  The WMA is about 16 miles N-S and 1.5-3.0 miles E-W and includes nearly all of Third Hill Mountain to the east and Sleepy Creek Mountain to the west.  The western slope of Sleepy Creek Mountain is in Morgan County; the rest of the area is in Berkeley County.  The highest elevations are found in the area known as The Locks, where the two mountains join about 4 miles from the southern boundary.  High Knob is the highest point at 2,172 feet, and the site of an old beacon tower.  One of the highlights of the area is 205 acre Sleepy Creek Lake, nestled in the high valley of Meadow Branch between the mountains.  Meadow Branch flows to the North and empties into Sleepy Creek soon after leaving the WMA at the North end.  Brush Creek drains the South end of the area and empties into Back Creek to the east.

Planning Your Visit. There is an extensive trail network in the WMA which traverses nearly the length of each mountain and valley, with several additional side trails connecting these corridors.  Several campsites are available in the lake area.  These are fee-based and payable at a kiosk on the main road to the lake.  Click here for a trail map of the WMA. For more information regarding WV wildlife management areas see this website: http://www.wvdnr.gov/Hunting/Hunting.shtm . 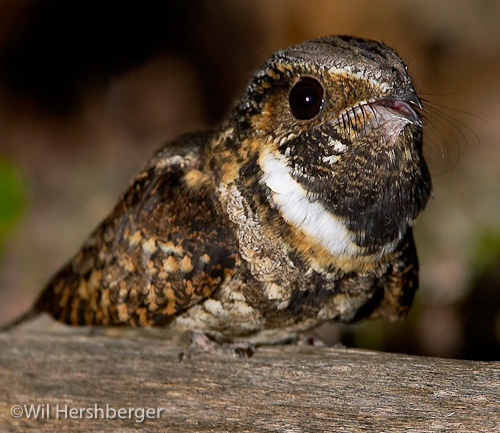 Seasonal Variations in Birding. The birder who visits SCWMA will have many options which are season dependant.  Some of the earliest spring arrivals will be the bald eagles and ospreys that nest at the lake.  Blue-headed Vireo, Pine Warbler,  and Louisiana Waterthrushe will soon follow, leading a series of migration pulses that will fill the woods with breeders and migrants alike.  The migrants are most readily encountered along the lake shore, on the  mountain tops, and in protected coves with a southerly exposure.  At least 17 warbler species have bred here, and all but a few low elevation species will migrate through the area.  The most abundant breeding species are Ovenbird, American Redstart, Worm-eating Warbler, Pine Warbler, and Black-and-white Warbler.  Cerulean warblers breed in smaller numbers.  Red-eyed, Yellow-throated, White-eyed and the occasional Blue-headed vireo will nest here.  Philadelphia vireo is an uncommon migrant.  Other common breeding species are Wood Thrush, Great-crested Flycatcher, Eastern wood-Pewee, Yellow-billed Cuckoo, Whip-poor-will, Blue-gray Gnatcatcher, White-breasted Nuthatch, Tufted Titmouse, Carolina and Black-capped Chickadee, Scarlet Tanager, Baltimore Oriole, Tree Swallow, and Gray Catbird.  All local woodpecker species except Red-headed and Yellow-bellied Sapsucker nest here.

Fall migration is usually a mixed bag with flycatchers, vireos, and warblers coming through in unpredictable numbers from late August to early October.  The area certainly has potential for good hawk watching as both mountains pick up birds coming across the Potomac gap from MD to the North.  There are a number of open rock outcrops and the lake area that could serve as bases for hawk watching.

The lake will sometimes attract gulls or ducks in the spring or fall, but fishing has become quite popular and when boats are plentiful water birds are not.

Winter birding is generally slow with the titmouse/chickadee mixed flocks providing much of the activity.  Hermit Thrush, Yellow-rumped Warbler, Yellow-bellied Sapsucker, Brown Creeper, and Golden-crowned Kinglet are often found in these flocks.  The best winter birding is usually low on the east flank of Third Hill Mountain.

Directions. The superintendant’s office is located on Sleepy Creek Rd. about ½ mile after entering the WMA.  Access points are evident on the area map.  All secondary roads are closed to vehicles from March 1 through August for protection of turkey nesting areas.