One group of birders looking for birds by the Potomac River, taken by PVAS Staff Member

Thirty-three intrepid birders made their way into the field on Dec. 17th to participate in the Charles Town Christmas Bird Count. Their efforts were fairly fruitful as they tallied a total of 6,670 birds comprising 74 species. The total time and mileage spent in the field were 73.75 party hours and 429.5 miles traveled, 403.5 miles by car and 26 miles by foot. The highlights for the day were new high counts for Bald eagle (29), Red-shouldered hawk (39), Yellow-bellied sapsucker (45), Hermit thrush (13), and Savannah sparrow (8).

In Dec. of 1991, Wil Hershberger and your faithful compiler found an *Ash-throated flycatcher* north of Shenandoah Junction. It was the state record

Image of an Ash-throated flycatcher, by Wade Snyder

for the species. With that as backdrop it sets the stage for the *two Ash-throated flycatchers* found by Wade Snyder and Phil Welser to establish a new high count for the species on this CBC. No other CBC in the state could have accomplished that feat. Wade was able to get some very good photos of the birds as well; one of which is regrowing its tail following some significant encounter.

A few other highlights were pine siskin (1) and American pipit (27) found by Bill Telfair, a young tundra swan found by Vickie Crites, and a Virginia Rail found by your compiler.

This was the 71st edition of the Charles Town count, which was started in 1952 by Clark Miller, who was an early bander at the Allegheny Front Migration Observatory and an amazing birder. It was a pleasure to spend time in the field with Clark and to experience his teaching skills first hand.

Click here to hear a recording of the Ash-throated flycatcher, recorded by Wade Snyder

The Migration:  September is here and the fall migration is about[...] 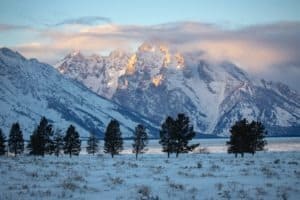 We teamed up with the West Virginia Rivers Coalition for[...]